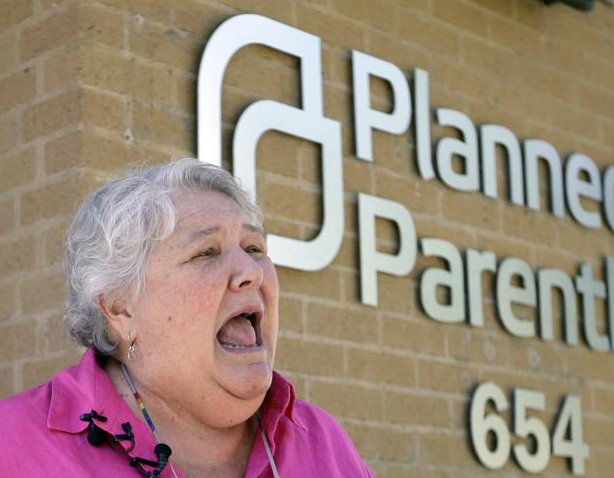 On June 19th, the Abortion Free Utah Campaign kicked off their press conference at the Utah State Capitol where they announced their goal: end elective abortion in the state. Understandably, Planned Parenthood of Utah was not too pleased, and their CEO Karrie Galloway gave the following response to KSL:

“I’m a health care provider, and we make sure we’re following the letter and the spirit of the law in providing healthcare to the people of Utah.”

It’s hard to overstate how much Planned Parenthood relies on talking points and vague statements in crafting their messaging. In this single sentence, Galloway makes FOUR deceiving statements. Here they are:

Ms. Galloway is NOT a healthcare provider. According to PP Utah’s own podcast (episode entitled “Planned Parenthood: Past, Present, and Future), she was trained as a schoolteacher. She is an executive of an organization that provides very limited healthcare at best, but she herself is not a provider.

Interestingly, less than a week after the press conference, Galloway told Utah County Commissioner Bill Lee that she is NOT a medical provider (as seen in the above clip). It seems that she considers herself to be one or not depending on when is convenient.

Deception #2: “We make sure we’re following... the spirit of the law.”

It is a documented fact that Planned Parenthood of Utah provides hormonal contraception to underage girls without parental consent or notification (here is their marketing manager Katrina Barker saying as much, and here is Galloway clearly admitting as much to Commissioner Lee). While Utah law prohibits this within their own state agencies and health departments, PP receives Title X funding, which stipulates that birth control be provided to minors. Because Title X is a federal program, they can override state law on this issue.

The spirit of the law of the state of Utah is that girls must get a parent’s permission before being prescribed hormone-altering drugs that concern their sexual behavior. Even if they aren’t in violation of state law, Planned Parenthood Utah’s acceptance of Title X funds (approximately $2 million) means that they don’t care about the spirit of the law.

Another way they clearly defy the “spirit of the law” is how they carry out their informed consent classes. In Utah, a woman must attend a mandatory information meeting 72 hours before an abortion in which she is given information on stages of fetal development, how different abortion procedures are carried out, and alternatives available to her. In 2017, Pro-Life Utah completed a comprehensive investigation into their clinics that revealed the low-quality instruction that Planned Parenthood Utah clinics were providing in these classes. State Senator Todd Weiler (who helped us pass a bill improving informed consent) listened to the recordings of the classes and lamented how PP employees undermined the state material by making statements like “the Legislature makes us say this.” When it comes to the informed consent class, Planned Parenthood barely was complying with the letter of the law and was certainly not following the spirit of the law to ensure that women were fully informed in the way that the state of Utah required.

PP Utah provides very little legitimate healthcare. They offer no prenatal care (Galloway said so in this interview). They offer no infertility treatment or care (Galloway claimed they did, but our phone calls to the Utah clinics showed they did not). Despite their frequent use of the talking point “comprehensive reproductive healthcare,” their services are extremely limited and can all be obtained elsewhere (browse local federally qualified health centers here for more holistic, complete healthcare options).

Take a look at this screenshot of services provided at the Orem Planned Parenthood clinic. With the exception of “pregnancy planning services” (a vague term that could include pregnancy tests, birth control, and abortion referrals) and “cancer screening education” (cancer could theoretically be detected on an abnormal pap), NONE of these services appear on any of Planned Parenthood of Utah’s annual reports (listed at the bottom of this page). Further, our investigators called this location; when they inquired about these services, each time they were told that PP doesn’t offer them (readers are free to call themselves to verify this).

Concerning the online listing of their services, PP Utah would likely claim that the reason these are inaccurate is because their local state affiliate does not manage this page (PP National does). If a website is going to claim that a local clinic offers specific services, then logic follows that that location would make certain the services listed were accurate. But this is Planned Parenthood, where logic and honesty are replaced by sound bites and deceptive marketing.

The term “healthcare” sounds noble and legitimate, so they frequently use it. But alas, it is yet another hollow talking point.

Galloway uses the broad term “people of Utah” to make it sound like PPAU serves a large number of individuals. According to their latest annual report, they provided services to roughly 46,000 people in the 2018 fiscal year. This is less than 2% of the state population (the US Census Bureau estimates Utah’s 2018 population to have been 3.16 million). They are not serving “the people of Utah”- they are serving a very small sliver of the state. General, vague terms like “people of Utah” also give the impression that they are serving individuals of all ages. They are not. Their target audience is a very small section of the Utah population (primarily young adult women).

Objective truth will always be the first thing to go on the war on children that is abortion. As Planned Parenthood of Utah is our state’s number one advocate of so-called “reproductive rights,” we are not at all surprised to see the deceptive language and messaging coming from their top executive.

Lost your password? Please enter your email address. You will receive a link to create a new password.